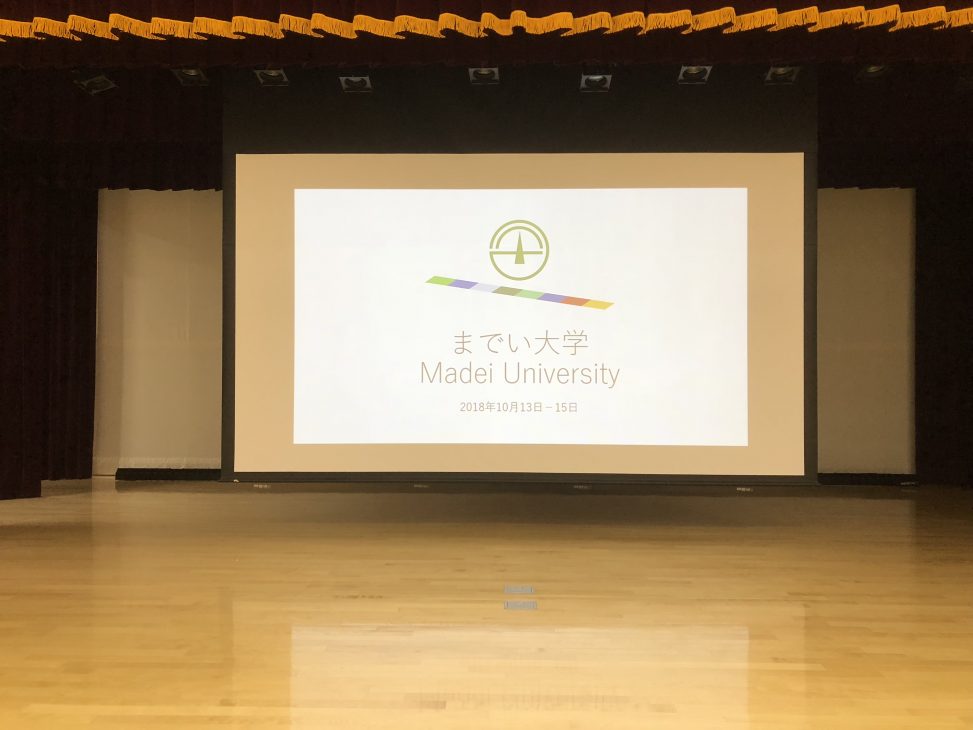 Radioactive substances (mainly radioactive cesium of cesium 134 and cesium 137) are released into the environment as a result of the TEPCO Fukushima Daiichi nuclear accident (hereinafter referred to as the nuclear accident) caused by the Great East Japan Earthquake on March 11, 2011. The village of Iitate in Fukushima Prefecture is one of the areas that has suffered from that accident because of its radioactive contamination. We have discussed the restoration of Iitate since 2012 in a series of group works. Immediately after the nuclear accident, Iitate-based farmers’ own farmland decontamination method was developed in collaboration with NPO corporations, and crop cultivation has been repeatedly tried each year.

Based on this series of activities, it was concluded that the most important thing to consider for this region’s restoration is to nurture the young people whose challenge is the creation of a new type of Japanese agriculture that accounts for the handicap of having radioactive contaminated land. Therefore, this workshop focuses on promoting the revival of Iitate from the viewpoint of technological decontamination, from the viewpoint of nurturing young people who will be responsible for the next generation, and to unify the university knowledge that has been accumulated so far into the traditional knowledge historically accumulated in the village.

This project, which was held in Iitate, was divided into three schedules and conducted so that college students from across the country could choose a schedule that suited them. The basic composition of the two days was a fieldtrip within the village on the first day and a workshop on the second day. However, on October 7, instead of the workshop, we had the experience of harvesting with the local farmers. The entire process of this workshop can be followed by searching the Twitter hashtag: “#madeiuni”. Examples of the places visited during the fieldtrip include the Soil Museum (where you can learn about the current situation of agricultural land in the field, the condition of the underground soil, and the underdrain drainage technology), the houses of farmers cultivating kasumi grass (gypsophila), and the “decontamination experiment site” in the forest. After attending a lecture in the village office, the workshop on the second day was held at the “Fure Ai Kan” community hall. The workshop in October asked participants “how to be associated with Iitate,” and in November we held a discussion with residents, with the theme of “designing the future of Iitate.”

The final outcome of this workshop was different in October and November. In October, participants submitted a worksheet in which they considered “how to build closer ties,” based on the daily lives of participants themselves in Tokyo and other areas and the situation seen in Iitate. In November, an action plan for the future image of Iitate discussed by each group of participants and residents was submitted. These results, along with analysis of a questionnaire taken before and after the workshop, will be fed back to the people of Iitate and will be used as part of the village’s sixth comprehensive promotion plan.