Soft Robots? Robots from paper? Can we print a robot? What does it mean by anyone can make robots easily? Let’s find the answer by making a simple paper-based caterpillar robot. 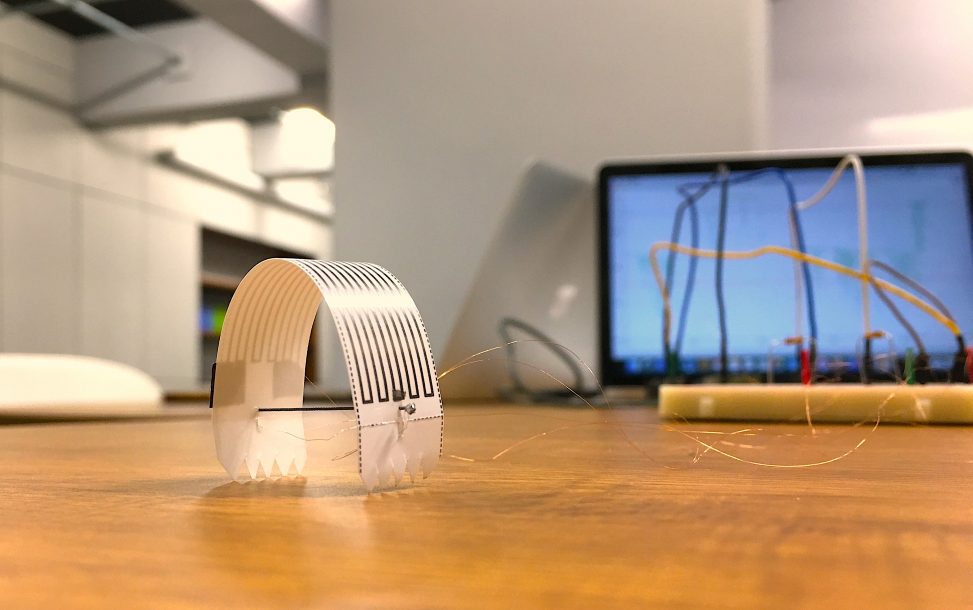 Digital fabrication with powerful fabrication tools such as 3D printers, laser cutters, and inkjet printers has opened a paradigm shift in rapid prototyping. However, all of them focus on forming the shape of the fabricated objects. Embedding sensors and actuators to the printed objects is still an open challenge. In this workshop, we will learn how to print a paper caterpillar with actuators and sensors embedded rapidly. The sensors and actuators are printed with silver ink using a home commodity inkjet printer. The robot is ready to work immediately after printing.

The goal of the workshop is to show the advantage of rapid prototyping techniques in making robots. Robotic is typically considered as a field which is perplexing and difficult to grasp, especially for general audiences. However, with the development of rapid prototyping tools, it is much easier to design and fabricate almost anything. Is it true for making robots? To investigate this question, we want to let non-experience user such as non-engineering students try to design and create a paper-based robots from widely available fabrication techniques. Using silver nano-particle ink, shape memory alloys, and Arduino board, we want to show that robotics is not a far-reach study and anyone, no matter what their background is, can make a robot.

Ten people were joining the workshop. In the beginning, we had a quick introduction about what a soft robot is and why we want to make them. Then we talked about caterpillars and its unique locomotion gaits. In the second part, the attendees were grouped into three groups of 3 – 4 members. Each group had an expert in fabrication and robotics. We learned how to use silver nano-particle ink to print bending sensor for the robots, how to use shape memory alloys (SMA) to actuate the robots, and how to put them together to have a crawling paper caterpillar robot. The making of actuators with  SMA was harder than expected as it required skill in working with tiny and delicate components. At the end of the making session, all of the groups managed to work with SMA and the Arduino board to make the robot run and to show the bending angle from the bending sensor on a computer display. One group managed to make two paper caterpillar robots with different size of the body to see how it affects the locomotion. Another group tried to improve the gripping leg origami structure to increase the crawling speed.

By the end of the workshop, all of the attendees had experienced the making of a paper-based caterpillar robot from silver nano-particle ink and shape memory alloys. People had overcome the first hard impression of making a robot and enjoyed playing with electronic and mechanical components to build a crawling robot. The workshop also motivated users to explore more designing to achieve better functionality of the robots.